Readings Are Not Purely For Entertainment!!!

Readings Are Not Purely For Entertainment!!!

Any of you who are working under the ‘Lightworkers’ label will be aware of the fact we have to have a disclaimer as readers telling our clients that ‘readings are for entertainment purposes only….’ I wholeheartedly disagree with this statement and having  posed this question to my clients they disagree completely. Yes it can be fun and entertaining but the vast majority are looking for guidance & answers not cheap thrills!

Over 6 years ago there were changes to the law which meant that readers were suddenly needing to show a disclaimer stating that ‘readings are for entertainment only…’ healers were told they could not claim to be healers unless they could prove they had healed people and so on, all very annoying and way too over the top. So six years later where are we?

I have the disclaimers like many of you, but it irks me to use them because I truly disagree in my heart that readings are for entertainment, tell that to the grief stricken client that comes to me looking for confirmation their loved one has made across the veil, tell that to the client whose life seems to be a mess and who is looking for guidance and hope. So imagine my joy when I stumbled across the blog of Alan Bridges, ex solicitor and currently a light-worker & reader. His blog talks about how our fraternity went over the top when the fraudulent Mediums act was repealed and suddenly went ‘belt & braces’ under Trading Standards, have a look at Alan Bridges Blog that inspired my blog if you fancy an interesting read.

I emailed Alan to ask him if was able to clarify the laws being a fairly rare entity as he has a foot in both camps.

Take some time to read his blog using the link above but also his response to my email which is below:

Dear Tracy, I can only offer you my understanding of the situation.  I did look into it at the time when the issue originally arose but haven’t since.  So, I am working under the assumption that nothing has changed.

To be sure, there was lots of confusion on the matter.  The first is that there was (perhaps still is) a requirement that broadcasters have a disclaimer “for entertainment only”.  But that was for broadcasters – not psychics selling their services on the web or any other non-TV medium.

Then, there was “the new law” to which everyone was referring.  I read the law and the accompanying guidance as did a friend of mine. I was a trial lawyer (criminal defence).  He is a solicitor in the City specialising in corporate litigation.  We both conferred on our analysis of it.  Here are our thought – which of course isn’t legal advice but rather our interpretation of the law and the guidelines as lawyers.  Having said that, I think it’s all been blown out of proportion and I don’t think anyone who’s worried has actually sat down and read the legislation.  Two words spring to mind – headless chickens!  Here goes…

1) Perhaps people are somewhat mistaken/confused because this legislation repeals the Fraudulent Mediums Act.  But it doesn’t necessarily replace it.  That’s a pretty big distinction.  And there’s nothing in there to suggest that this law was intended to replace it.

2) The legislation doesn’t give an individual a cause of action. What I mean is that a client could not sue a psychic/medium/healer under this law.  The powers are given to an enforcement agency. So, it would happen like this.  You would give me a reading.  I would claim that you made a misrepresentation in the reading.  I could not get a lawyer and sue you.  I could only go to the Office of Fair Trading and lodge a complaint.  They would then assess it and evaluate whether it was worth pursuing.  Then it would be the standards agency coming after you.  The highest fine is £5,000 and/or 2 years.  Sounds like a lot but you have to consider the context/purpose of the legislation.  Such fines would only be imposed on the really, really bad, bad, bad people making lots and lots of money off innocent victims.

3) This legislation has been enacted to protect consumers from unscrupulous practices.  It’s aimed at people making wild claims and duping people into making purchases under fraudulent circumstances. It’s intended to catch people making invitations to tender – not psychics giving readings.  The only way I could see any psychic being caught under this law would be if they put something on their web-site like this – “buy a reading with Tracy and you’re guaranteed to be happy, lose all that extra weight, find the perfect lover and become a millionaire”.  It’s that sort of claim/misrepresentation the law is referring to.

4) The law also refers to what an average person would do based on the information.  So if you get a wacko, who goes out and sells the house based on what you told them, the law doesn’t cover that because the test is whether an “average” person would do that – and the answer is absolutely not.  And even though I’m a professional psychic, I appreciate that the “average” person out there doesn’t put so much weight on their readings that they would make major decisions in their lives based solely on a reading.  Are there people out there who would?  Of course there are.  But you could successfully argue in a court of law that they are NOT representative of the AVERAGE person who is referred to in the legislation.

6) There has always been legislation under which you could sue a psychic/medium/healer if they did something egregious.  That’s not changed.  If they sexually assaulted you, coerced you or made some wild and ridiculous misrepresentation, you could always go after them – regardless of the Fraudulent Mediums Act, so, in a way nothing’s really changed there.

7) To state a legal claim you have to show damage that can be quantified.  I really have to stretch to imagine how someone is going to successfully argue that they’ve experienced damage (in a legal sense) from a reading.  So if you give a reading during which you say, I’ve got your granny here and she says hello and the client says I don’t believe you and I’m going to sue you to force you to prove that you can talk to granny, it’s a groundless claim because there’s no damage – except possibly the cost of the reading.  Even that is a stretch!  And beyond that, this legislation isn’t going to be used that way!

Just as a measure of good practice, I preface all my statements in my readings with “I perceive”, “ I feel”, “I sense”, “it’s my impression”, etc.  But I’m sure you do the same.

So, long story short – as far as I’m aware there is no – nor was there ever a UK legal requirement for psychics to have a disclaimer of the “for entertainment only” ilk on their web-sites.  Moreover, having such a disclaimer will not serve as a get-out-of-jail-free card should the psychic do something bad.

I hope that answers your question.  And of course, if you find out that things have changed and that there is now such a requirement, I hope that you’ll let me know.

Those of you who know me well, know I am the first to want to see the charlatans or those who bring us in to disrepute being thrown out on their ear from our community or better still train them & educate them so they are better at what they do and no longer make us look bad. I am also a champion for guidelines on what we charge people as prices are the same as they were 25 years ago, in some cases less! Our industry needs to be recognised and self governed but getting rid of this mumbo jumbo disclaimer is the first step, I for one will be getting rid of it!

Sally Morgan has had a court case but hers was to sue a paper for libel as they questioned her motivation to do what she does & alleged she had ‘plants’ (not green ones) in the foyer listening to people and obtaining information which was then fed back to her so not really a good case to use as an example. 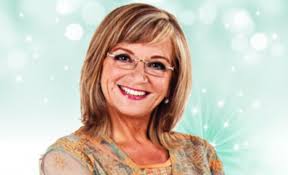 Tony Stockwell was sued for telling a client (live on TV) that her dad had ‘been in jail’ and had ‘criminal links’ neither of which was true, this case again was on a libel basis so two high profile cases using the libel laws and NOT the Trading Standards Office. 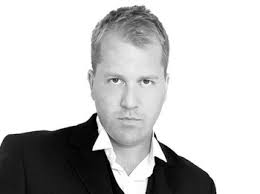 The basic upshot is it seems to be a total over reaction and therefore I will be doing things the way I would prefer not the way everyone else is doing it!

I hope this clarifies.

Why So Many Are Returning Home in 2016