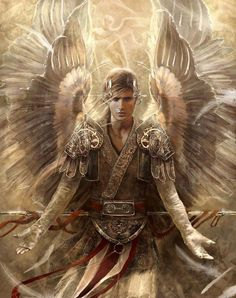 Each day of the week has it’s own angel that can be called on:

Cassiel (also known as Kafziel in the Hebrew language) means ‘Speed of God’ & is the angel of solitude & tears as well as being the angel that watches over the death of kings. Cassiel is known to stand back & watch events as they unfold with little or no interference.

Within the tarot he appears as an old man, traditionally seen as The Hermit.